Last fall for the first time ever, the grito, the traditional cheer heard on Mexican Independence Day, resounded through New York’s City Hall. More than 200 prominent New Yorkers assembled in the historic City Council chambers to shout “Viva Mexico.”
New York City’s Latino population is mushrooming – Latinos now constitute nearly 30 percent of the city’s 8.2 million people – but the Latino population is also changing dramatically. Hispanic New York was once synonymous with Puerto Ricans, and they were joined in the 1990s by a massive influx of Dominicans, but now there are enormous increases in the number of Mexicans and immigrants from throughout South America. Mexicans are expected to become the city’s largest Latino group sometime in the next decade. And the more diverse Latino mix is bringing changes to the city’s politics as well as its culture.
A significant portion of the growth in the Hispanics population is concentrated in the western part of the borough of Queens. To be sure, there are Latino outposts in the Bronx and Brooklyn, but in Corona, Queens and the adjoining areas, what was a once a heavily Italian neighborhood has undergone a dramatic demographic shift. 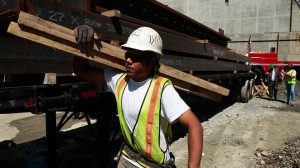 Recent census data shows 71 percent of Corona’s residents are Latinos, with the remainder divided among Asians, non-Hispanic blacks and whites. A 2013 report by New York’s Department of City Planning found that 64.2 percent of Corona’s 103,210 residents were foreign born, mostly south of the Rio Grande.
The area’s population grew 33 percent between 2000 and 2010 census, and it continues to increase. An estimated 30 percent of local housing units are overcrowded, and the streets are now a patchwork of decades-old houses and new construction. Many small, wood-frame houses on large pieces of property are being torn down as one family houses are replaced by homes for two or three families.
Actually, Corona and the adjoining neighborhoods, including Elmhurst and Jackson Heights have been in an almost constant state of demographic change since they were first settled a hundred years ago. Soon after the first subway line from Manhattan to Corona opened in 1917, the area began attracting black people from Harlem as well as blacks newly arrived from the south. Among the African-American residents have been trumpeter Louis Armstrong, singer Lena Horne and jazz great Dizzy Gillespie. Eric Holder, President Barack Obama’s first U.S. Attorney General grew up in Corona, and controversial black Nationalist Malcolm X lived there.
But in the 1950s, increasingly prosperous Italians began moving out of Little Italy in lower Manhattan and one of their favorite destinations was Corona, Queens. Then, in the 1960s the Italian flavor began to give way to an influx of Dominicans, and starting in the 1990s, there has been a surge of South Americans.
The Italians still have a lingering influence. There are Italian butcher shops and pizzerias, as well as Leo’s Latticini, an Italian deli that has been a Corona landmark for decades. But there are also a growing number of Mexican taquerias, Colombian bakeries, and stores selling soccer jerseys of the Peruvian and Ecuadorian national teams rather than tee-shirts for the New York Mets baseball team, whose stadium is nearby. 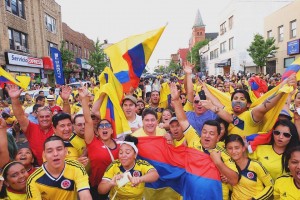 The Latino population is changing as well as growing. In the northern part of Corona, for example, between 2000 and 2010, 8000 Mexicans moved in, a 116 percent increase, while nearly 7000 Dominicans moved out, a 46 percent decline. Dominicans, like Puerto Ricans, are moving out for two conflicting reasons: Some are prospering and leaving for nicer areas; others are not prospering and going back to their island. While the city’s Hispanic population grew 8.1 percent to 2.34 million between 2000 and 2010, during this period, the Puerto Rican population fell 11.2 percent to 723,621. The Dominican population grew 8.2 percent, to 576,701, but the Mexican population jumped 73.7 percent to 319,263. And Mexicans are closing the gap on the other two Latino groups.
Close to 80 percent of New York’s Mexicans are first generation. (Most come from rural areas in the state of Puebla, a prominent industrial region located southeast of Mexico City.) And most are young and having children. The median age of New York’s Mexican population is 24.3 years vs 34.4 years for the city overall. In Corona, the Mexican influx has meant the average household size has increased to 4.34 persons, the highest of any area in the city. Even without further immigration, the Mexican birthrate suggests continued rapid growth.

The Latino surge is transforming New York City in many ways

Businesses throughout the city increasingly offer bilingual signage. Most official government documents are also bilingual. (Actually, many come in a dozen languages, including not only Spanish, but Korean, Chinese, Russian, Tagalog, and Yiddish; this has become a politician’s way of currying favor with various groups.) But the proper extent of linguistic accommodation remains hotly debated. Liberals say the city needs to meet people where they are and help them find their way by speaking their language. Conservatives say it leads down a road to divisiveness, as demonstrated by such troubled bilingual outposts as Quebec and Belgium.
For a while, it seemed the debate was becoming moot as second generation Latinos became increasingly bilingual, and, in fact, many are not fluent in Spanish. Spanish-language television stations and publications are increasingly likely to provide some English language offerings to hang onto their assimilating market. But in the last decade, there has been a stream of Latin newcomers who don’t speak English.
Meanwhile, within the Latino “community,” there is much jockeying among a rising array of different groups who turn out to have little in common besides the Spanish language. Mexicans and South Americans are not necessarily eager to have established Puerto Rican and Dominican groups purport to speak for them.
All this is complicated because no one really knows how many Mexican and South American immigrants actually live in New York. In contrast to Puerto Ricans, who are U.S. citizens from birth, and Dominicans who arrived in the U.S. legally, many of the new Latino residents have snuck into the country. Conservatives call them illegal immigrants; liberals say they are “undocumented.” But they are difficult to enumerate, and many of them strive to remain invisible. New York has been decided less eager than officials in Arizona to deport illegals, but even those who are legal often have undocumented relatives, prompting the whole extended family to keep a low profile.

Despite the political drama surrounding illegals, there has actually been a slowdown in Latino immigration

They come to the U.S. to seek better economic opportunities, so the recession in 2008-09 staunched some of that flow. Thus, the heated Washington debate over illegals flooding the country has an increasingly dated feel, while the related debate about citizenship for undocumented immigrants who are already in the U.S. is a major issue.
The big long-term question is how the new Latinos will assimilate in the great American melting pot. A RAND corporation analysis suggests many of them will follow the same path as the Italians. While New York’s recent influx of Indians and Russians consisted of people who were often highly educated professionals, the Latinos, like the original Italian immigrants, have low levels of education. Mexicans are not going to start off as medical doctors or computer scientists. Instead they have come to dominate entry-level kitchen jobs in New York restaurants; no matter what the ethnicity of the cuisine, the dishwashers and busboys are often Mexicans. 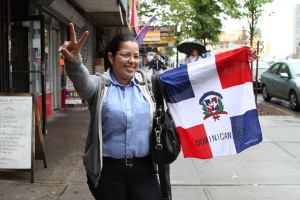 As they seek to climb the ladder of success, in addition to limited education and poor English, the substantial numbers who are undocumented are finding assimilation more difficult in myriad other ways. They are less willing than legal workers to ask their boss for a raise, to quit their job for another one that pays more, to seek admission to schools offering advanced education, or to attempt to start a business. Parents without legal status are also less willing to become involved in their children’s schooling, thus hobbling the second generation.
Nonetheless, Latino already seem to be following the traditional American pattern of advancement and assimilation. According to studies by the Pew Research Center in Washington, first generation Latinos – i.e. immigrants — have a median household income that is $24,000 less than the national average, but among their children – i.e. second generation Latinos –the gap is reduce to $10,000. The average Latino immigrant has had slightly more than a junior high school education, but today the children of Latino immigrants typically complete high school and one year of college, and the next generation goes even further. The number of Latino graduating from college has doubled in the last decade.
As for assimilation, only seven percent of Latino immigrants marry someone from a different ethnic group, but 26 percent of second generation Latinos “marry out,” i.e. marry someone who is not Latino.
As Latinos follow a path similar to previous immigrant groups, they will inevitably make their mark in politics. Eleven of the 51 members of the New York City Council are Latinos, but most are of Puerto Rican descent, with a few Dominicans.. The surge of immigrants from Puerto Rico in the 1930s and ‘40s led to the rise of a number of prominent Puerto Rican political figures, most notably Herman Badillo, who was elected to Congress in 1970 and resigned in 1977 to become deputy mayor. He unsuccessfully sought the Democratic nomination for mayor in several elections and ran for State Comptroller in 1986.
But last September, Carlos Menchaca upset an incumbent and became the city’s first Mexican-American member of the City Council. The turnout in that election was double the level of the previous election, reflecting a number of newly registered Mexican-American voters.
It will take a while for more immigrants from Mexico – or Peru or Ecuador – to run for major offices. Only 51 percent of Mexican-Americans in New York are citizens and therefore able to vote, according to an analysis undertaken at the City University of New York. Moreover, among those who are citizens, voter turnout is low. They’re disproportionately young and poor – two attributes of non-voters. But seeking political office is as much a traditional aspiration for any immigrant group as getting a house and a nice car and getting a good education for their children.
There is little doubt that the Latinos who are reshaping Queens will soon move on to the fancier neighborhoods in the suburbs or into Manhattan as the Italians did before them. Meanwhile, western Queens already is developing small outposts of newer and poorer immigrants from Bangladesh and from Africa. For the moment, however, in Corona, Elmhurst, and Jackson Heights, this is their Latin moment. 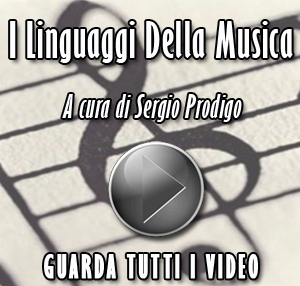 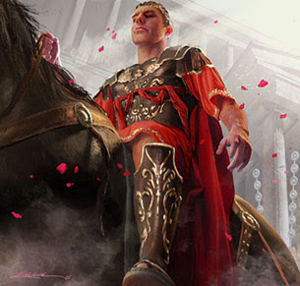 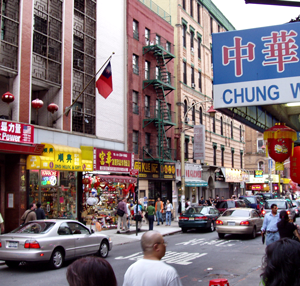 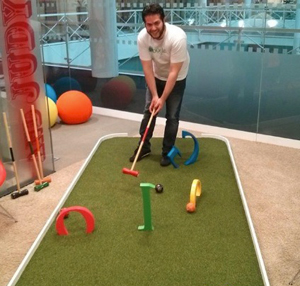 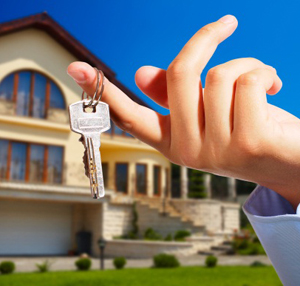 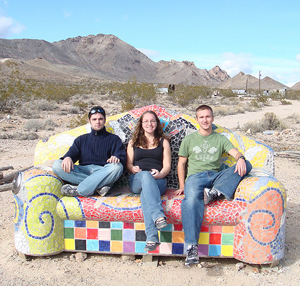 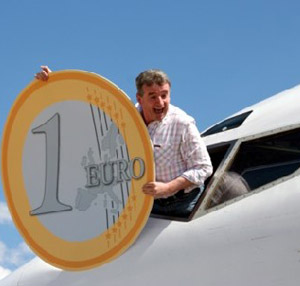 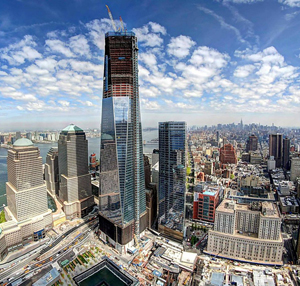